All mechanical drawings including the PCB template were created using Photoshop 3 running under Windows 98 on an old but very functional Pentium III computer. Unfortunately Photoshop 3 does not work with Windows 7, and I have neither the need nor the wish to buy the latest version. And I have no need for expensive CAD software packages either! Here Photoshop 3 was used more like a drawing tool with some very neat photo editing capabilities.

The PCB template (X-ray view) was printed on NOBO UF Universal transparency film using a Canon iP2700 Ink Jet printer. Two templates were printed. After trimming with a craft knife one was placed on top of the second, and then aligned to ensure complete alignment of tracks. This ensures that no UV light can penetrate the dark areas. Once aligned, the templates were held in place with clear adhesive tape, but only on the edges as shown in the photo.

The PCB was created using a “Kinsten” positive resist single-sided copper clad board (1.6mm, 1oz/sq ft) measuring 115 mm by 165 mm. The PCB template was placed face down (X-ray view) on the photoresist side of the board, and was exposed to UV light (“insect blue lights”) for 5 minutes as shown in the relevant photo. The exposed board was developed using Kinsten PCB Developer DP-50 (Sodium Metasilicate), and etched with Ammonium Persulphate (200gram (NH4)2S2O8 per 1000ml water.) as per Kinsten recommendations. The board was trimmed with a craft knife after etching. The board was drilled using a Dremel high speed hand drill (Model 395) mounted on a Dremel stand (model 220). The holes were drilled with a 1mm carbide bit. Larger holes were hand drilled with a 3mm HSS drill bit or larger.

Holes for the instrument case were drilled initially with 1mm HSS drill bit, followed by a 4mm HSS drill bit and then cut to size using HSS Step drills covering the 4–16mm size. Holes for the meter and fan were cut with carbon steel circular saws of suitable size. 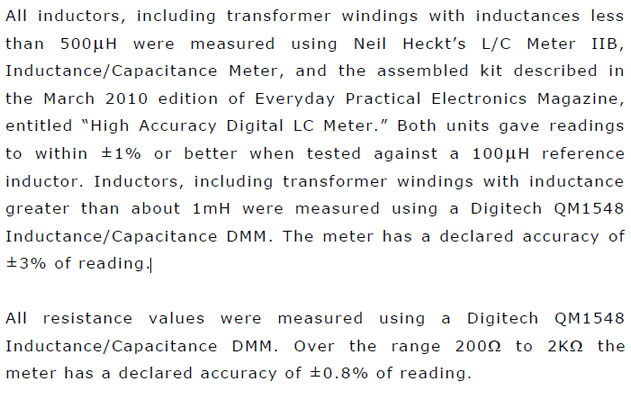 All frequencies were measured with an old, but fully functional and calibrated Escort EDM-1122 Digital multimeter.

All photographs and video were recorded with a Fujitsu FinePix S1000 Digital camera using the auto setting.

The power supply used in this project was a fully functional but discarded Microsoft X-Box 360 Adapter, Model: HPAW175EF3P. Input was rated at 240VAC/2.5A with outputs of 12VDC/14.2A and 5VDC/1A.