EBAY is a place to find used and surplus Geiger Counters. If you search on ebay for Geiger counters, radiation detectors or radiation monitors you will run across numerous radiation detection devices. Let's look at a few. There is a lot of government surplus for sale on ebay. The CD-715 model is a popular model, see figure 3. 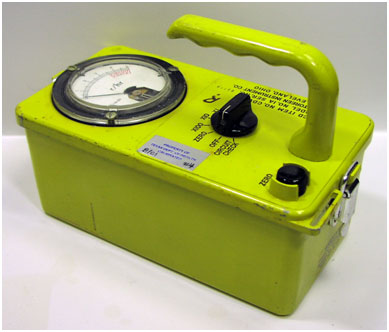 These detectors were made to be used in a high radiation field one would find in a post nuclear attack or nuclear reactor incident. The radiation meter provides the scale of detectable radiation, see figure 4. 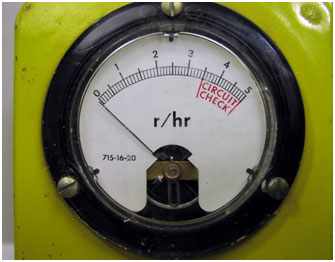 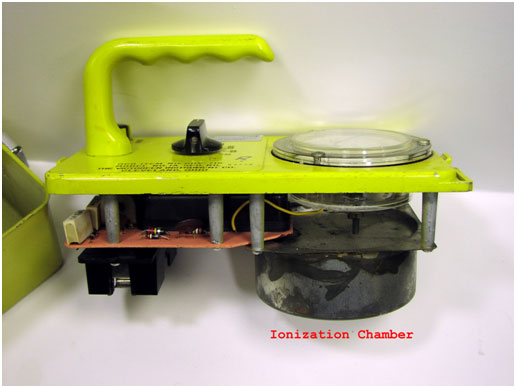 The CDV-715 only detects high levels of gamma radiation, so I would not recommend this as a purchase. 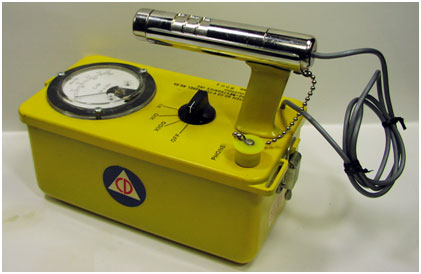 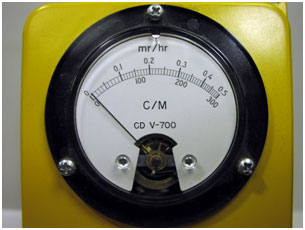 Figure 7 The GM Tube on the CDV-700 is only beta and gamma sensitive. Since most of these units are vintage 1950-1960's I do not have any idea as to their accuracy or if they can be calibrated accurately. Now if your only reason is to purchase a working Geiger counter and can find a working unit for $50-$75.00 buy it. When you reach the $100.00 mark you can purchase an inexpensive modern Geiger Counter that has greater sensitivity.