The Plasma in the MHD is created by a process called thermal ionization, where the temperature of the gas is raised to the point so that the electrons are no longer bound to the atoms of gas. These free electrons make the plasma gas electrically conductive.

To create such a plasma though thermal ionization alone requires extraordinary high temperatures. The gas temperature can be lowered significantly by seeding the gas with an alkali metal, such as potassium nitrate. The alkali metal ionizes easily at lower temperatures.

In our model, the gas is continuously seeded with potassium nitrate, making the gas electrically conductive at lower temperatures.

MHD generators are also ecologically sound. Coal with high sulfur content can be used in the MHD without polluting the atmosphere. 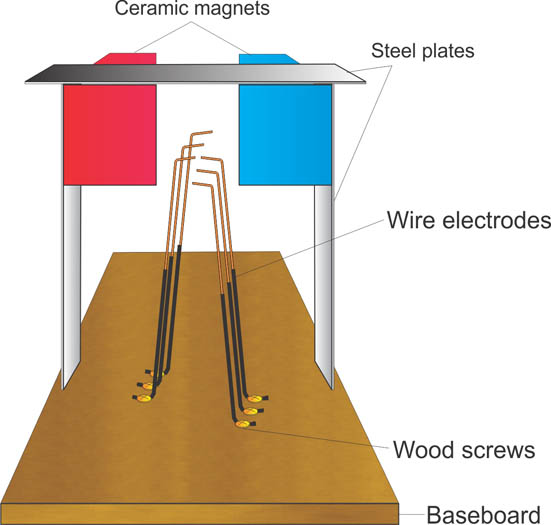