The numerical range for the rotation of the egg in Sphere-Bot™ is 75 to 255. This represents a rotation angle of approximately 145 degrees. This taken with the height of the egg defines the area or canvas upon which you can write and draw on your egg. After the egg is drawn upon, you can manually rotate the egg 145-180 degrees and write on the opposite side.

The first thing to consider is that we do not have a pen-up option to pick up the pen between letters or graphic designs to stop writing, The pen is always down, always writing. 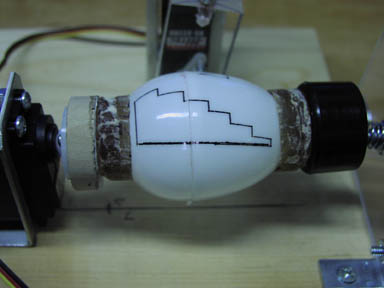 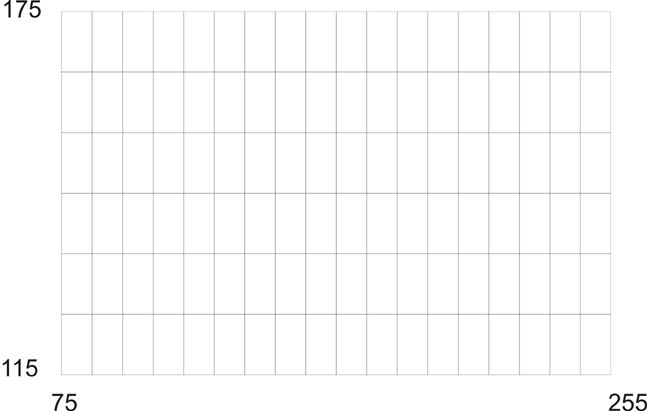 Keeping this distortion in mind and to simplify my letter writing and graphic designs I make up a simple template, see figure 19. The template represents our drawing area on the egg. If we want to print a message on the egg, like “HAPPY EASTER”, the lettering on the template will look like figure 20. To see the programming required I will show in detail how to program the first two letters in the message. You would use the same procedure to finish the lettering. 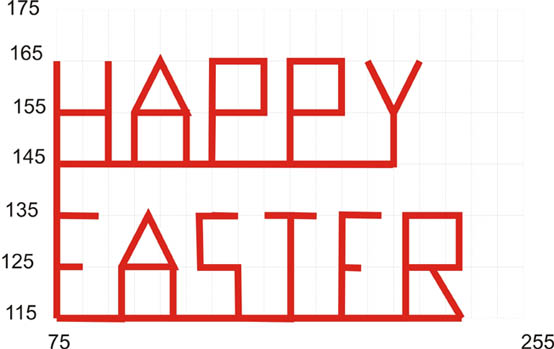