When P-type and N-type silicon are placed in contact with one another it forms a PN junction. At this junction an interesting phenomenon occurs, one that is the foundation of solid-state electronics. 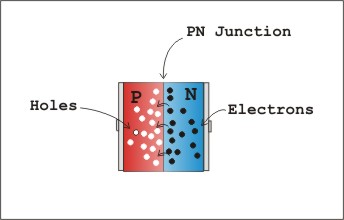 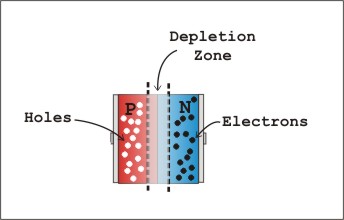 In addition this leaves a small electrical imbalance inside the crystal. Since the N region is missing some electrons it has obtained a positive charge. And the extra electrons that filled the holes in the P region, have given it a negative charge. Unfortunately one cannot generate power from this electrical imbalance. However the stage is set to see how the PN junction functions as a diode. 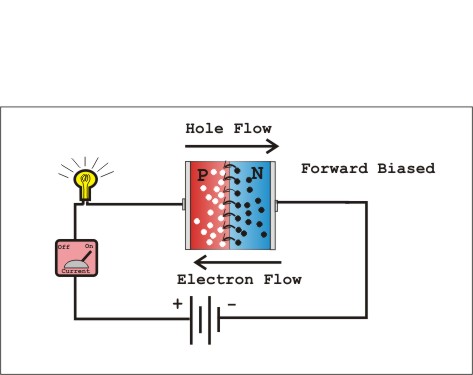 In the next diagram we have connected an external power source; a battery with a light and current meter that indicate current flow. The negative terminal of the battery is connected to the N-type silicon. Like charges repel, so the free electrons are pushed toward the PN junction. Similarly the hole are repelled by the positive terminal of the battery toward the PN junction. If the voltage pushing the electrons and holes has sufficient strength to overcome the depletion zone (approximately 0.7 V for typical silicon diode) the electrons and holes combine at the junction and current passes through the diode. When a diode is arranged this way with a power supply it is said to be forward-biased.